Trip to the vet

Sasha was scheduled for her annual eye appointment today. I had to take a day off because of course her optho vet has only limited hours, right in the middle of the day, in the middle of the week. I had to bring Cleo along. I attempted to leave her at home, but then such wailing and gnashing of teeth ensued that I was afraid Animal Control would be called on me, so spoiled Cleo came along for the ride. 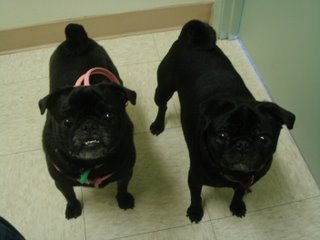 Sasha, being the more mature and placid pug, was very well-behaved at the vet's. Cleo... she was convinced that all the people coming into the room examining Sasha must actually be giving her really tasty treats. She was frantic to share. So I gave them both a little cabbage. Cleo thought that was pretty tasty. 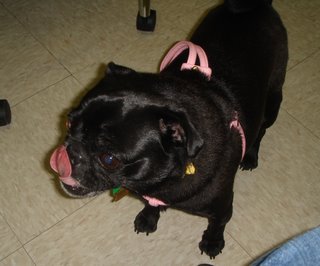 Cleo was so excited to get a treat that she rewarded me by putting out the biggest, stinkiest poop on the vet's floor. Lots of wailing and gnashing of teeth ensued, this time by me. Cleo was pretty darn proud of herself. 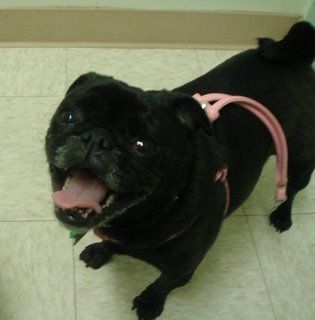 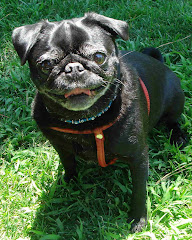 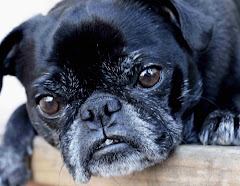 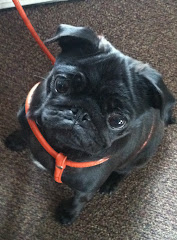